Massive European football clubs have pooled their competitive data on the effect of injuries and we now have proof of a few things:

That is enough proof for anyone that we should be attempting to do whatever we can to prevent injuries.

A consideration is the interaction between boots and grass or playing surface. 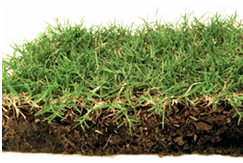 As the foot contacts the ground, we are interested in two particular forces: the horizontal and the rotational.

Research is now telling us that different combinations of these forces can be both beneficial and detrimental to the body.

There are some issues around grass type and boot type that have proven disastrous in the past. Of concern is an edgy type of shoe stud (angular, irregular shapes, placed around the edges of the boot), used on a particularly thatchy type of grass.

Typically, Australian surfaces are a thatchy type of grass. This is a sturdy grass with dense root structure and angular stems. So, it seems logical to make preference towards the short, rounded stud design of football boot.

And this is certainly our recommendation. Particularly if an athlete has a history of non-contact lower limb injuries (be it over use, or acute damage).

If you have an injury concern, why not discuss with us how best to ensure you prevent it in the future?!?